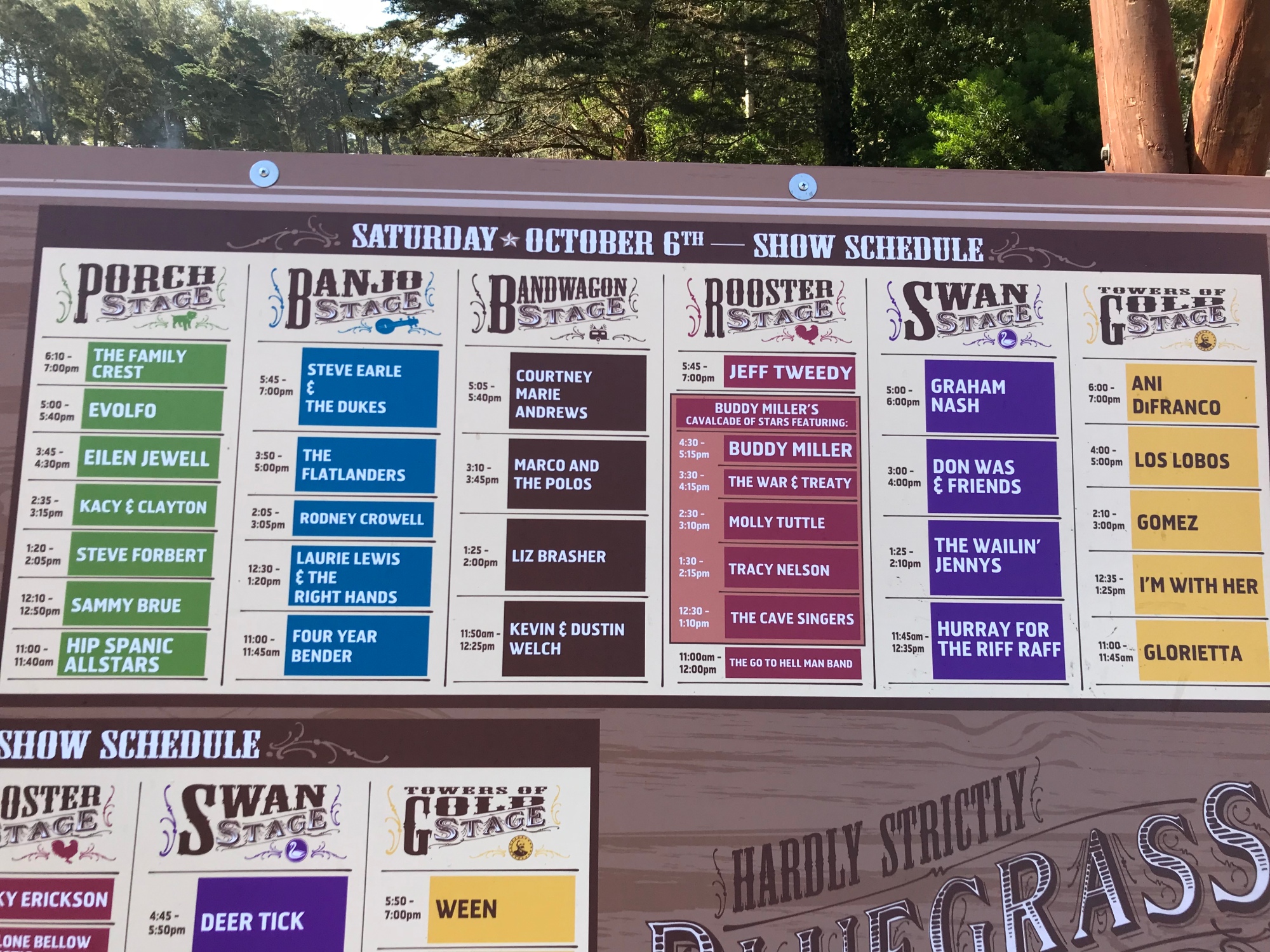 Here we go again. Tweedy last night at the Fillmore was amazing in spite of the Kavanaugh heckler. We love you Jeff. Thanks for speaking out for women.

This is an awesome photo of Jeff and his wife at the Women’s March. 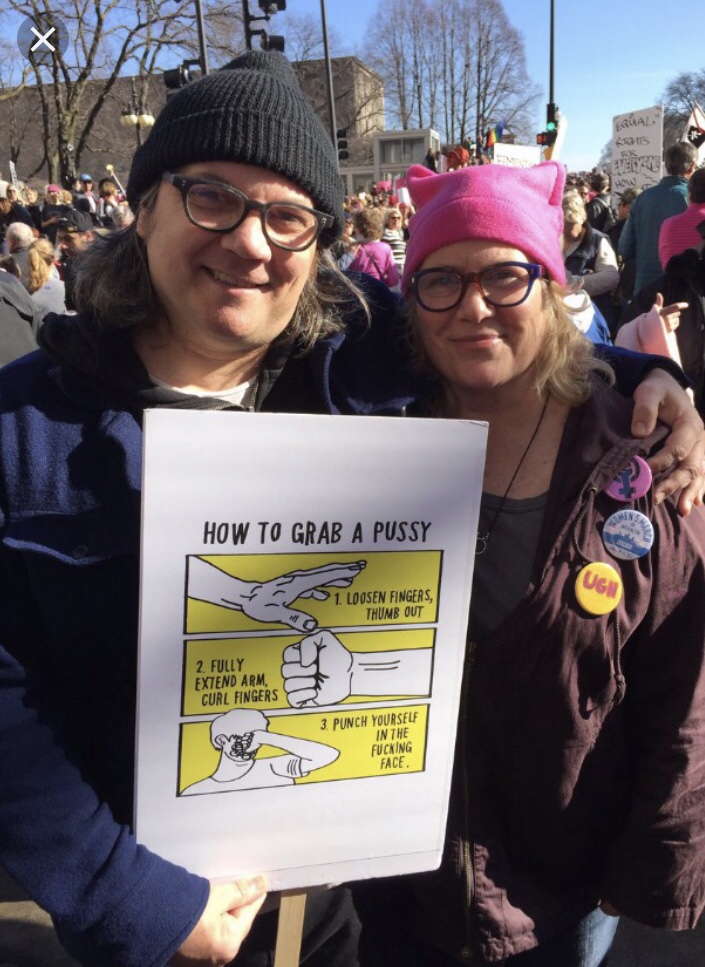 Acupuncture with Sophia – near Lafayette, California… wha. East Bay. She’s an original sponsor of this blog. Thanks Sophia. 925-268-0117

Glorietta – The Austin supergroup was exactly my jam. Loved them. This was one of those fleeting moments that was so beautiful. This band seems to be together for one tour only and that’s a little bit of a bummer though we were lucky enough to catch this one time only super-group. Some of us might be lucky enough to see them in December in Austin too. 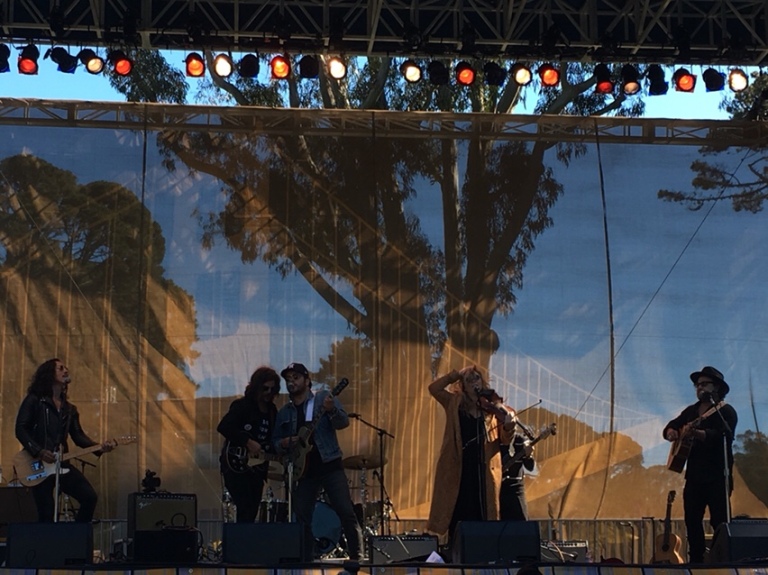 Hurray for the Riff Raff – Her style is what my 13 year old self loves. T-shirt, pink skirt, sparkles and frilly socks. Someone said she seems angry. Fuck right she’s angry. Have you been paying attention? #fuckthepatriarchy 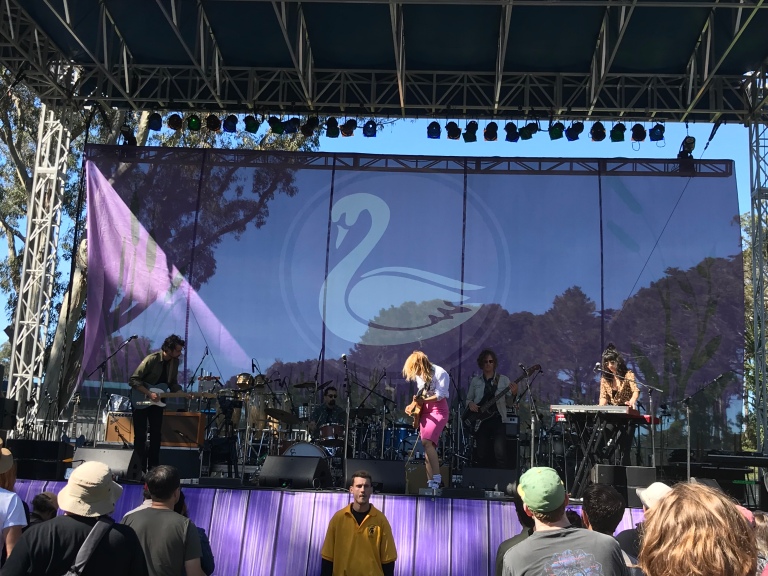 The Cave Singers – It was a little disappointing how much sound was computer-generated with this band.

I’m With Her – OMG! This was so good! Definitely vying for Best of the Jammies. Those yellow jumpsuits were awesome but the real treat is their sound. Jenn here adding my own shout-out! Seeing and listening to and watching these ladies was so good for me! It felt like a little bit of healing. I’m definitely with her (especially Sara Watkins)!!!

The Wailin’ Jennys – nice harmonies. Jenn, when are you going to put them on your radar? 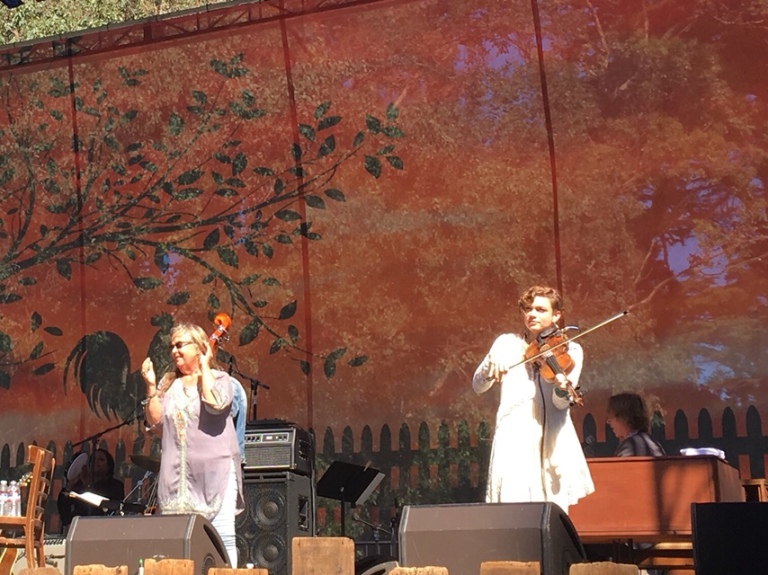 Tracy Nelson (above) – a legend… but kinda wish I would have walked over to see Liz Brasher. I never made it to the Bandwagon stage. Our set up at Rooster was just too good and I found Andy and Carla with Banjo (not the stage, the superfan)!

Another update from Jenn: Liz Brasher was amazing. Again. I missed the beginning of her set cause I had to haul ass to get from the Towers to the Bandwagon. I got to walk past The Wailin’ Jennys but there was no time to stop (though they did sound good. I’ll put them on my radar)! They were my sacrifice for Liz! And I was able to make it back to the Rooster for some of Tracy Nelson who had Lillie Mae on fiddle.

So back to Liz Brasher. 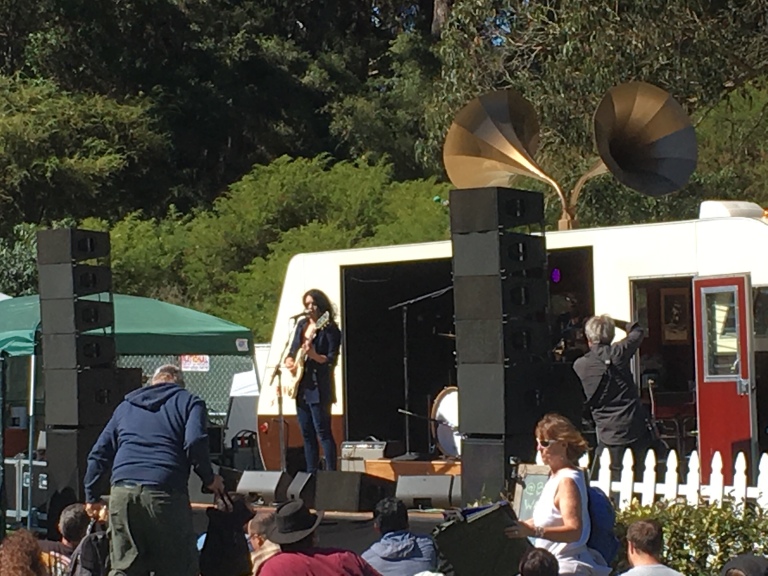 She should be on your radar if you like a woman who can rock! She makes me happy. Chatted with a nice guy, Steve, who was in town for work and extended his trip to stay for HSB. He had just randomly walked up on her and earlier on Kevin and Dustin Welch (who I was sorry to have missed but not sorry to have seen Hurray for the Riff Raff instead. Tough first world choices!) 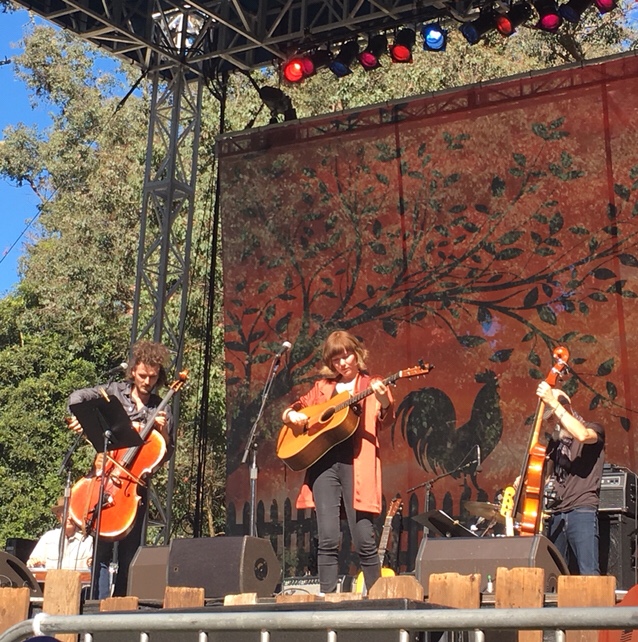 Molly Tuttle – She’s small in size and in energy so she provided a beautiful afternoon serenade with soothing strings.

The War and Treaty – woah! See them! Right now!

Jeff Tweedy – Do I need to say anything? It was a magical experience.

I was sad to have missed Jeff Tweedy after how amazing he had been on Friday night at the Fillmore but I was LONG overdue for seeing Ani DiFranco and am trying to support women whenever possible. Jeff Tweedy is a solid ally but Ani is a woman and so my decision was made. It was totally the right decision as she launched the set with ‘God’s Country’, one of my personal favorites and it just got better! What a way to end the night! 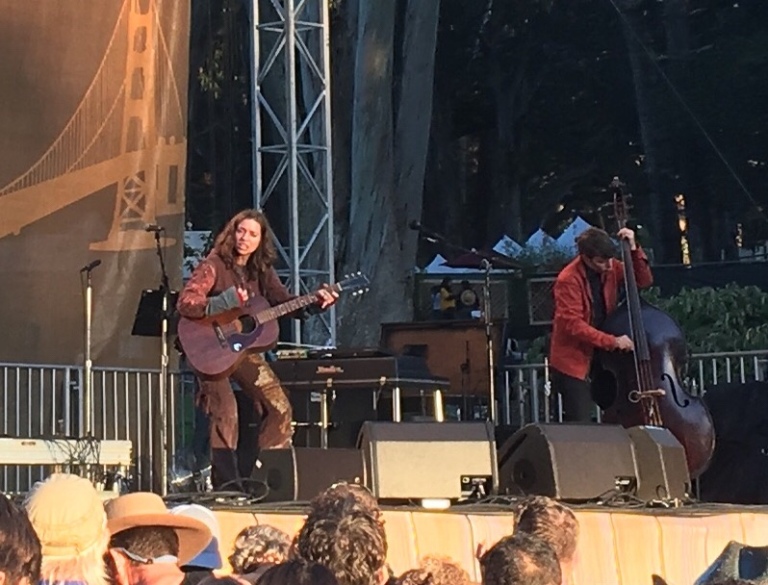 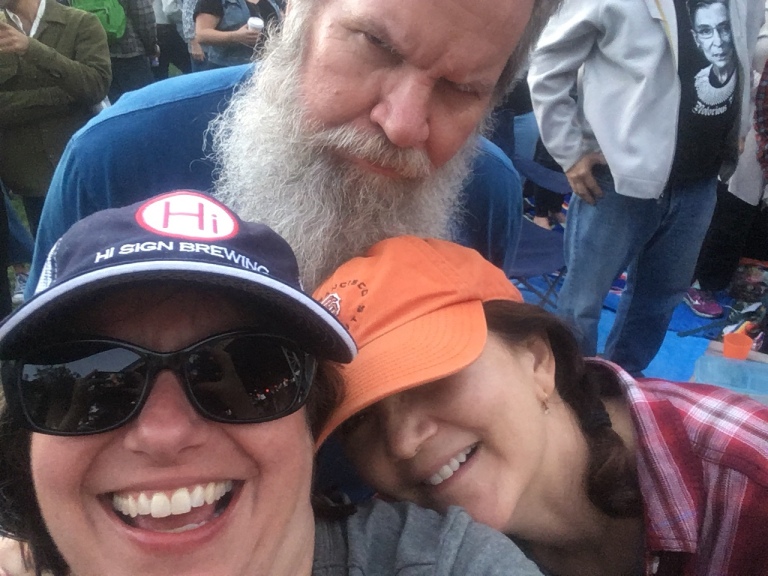