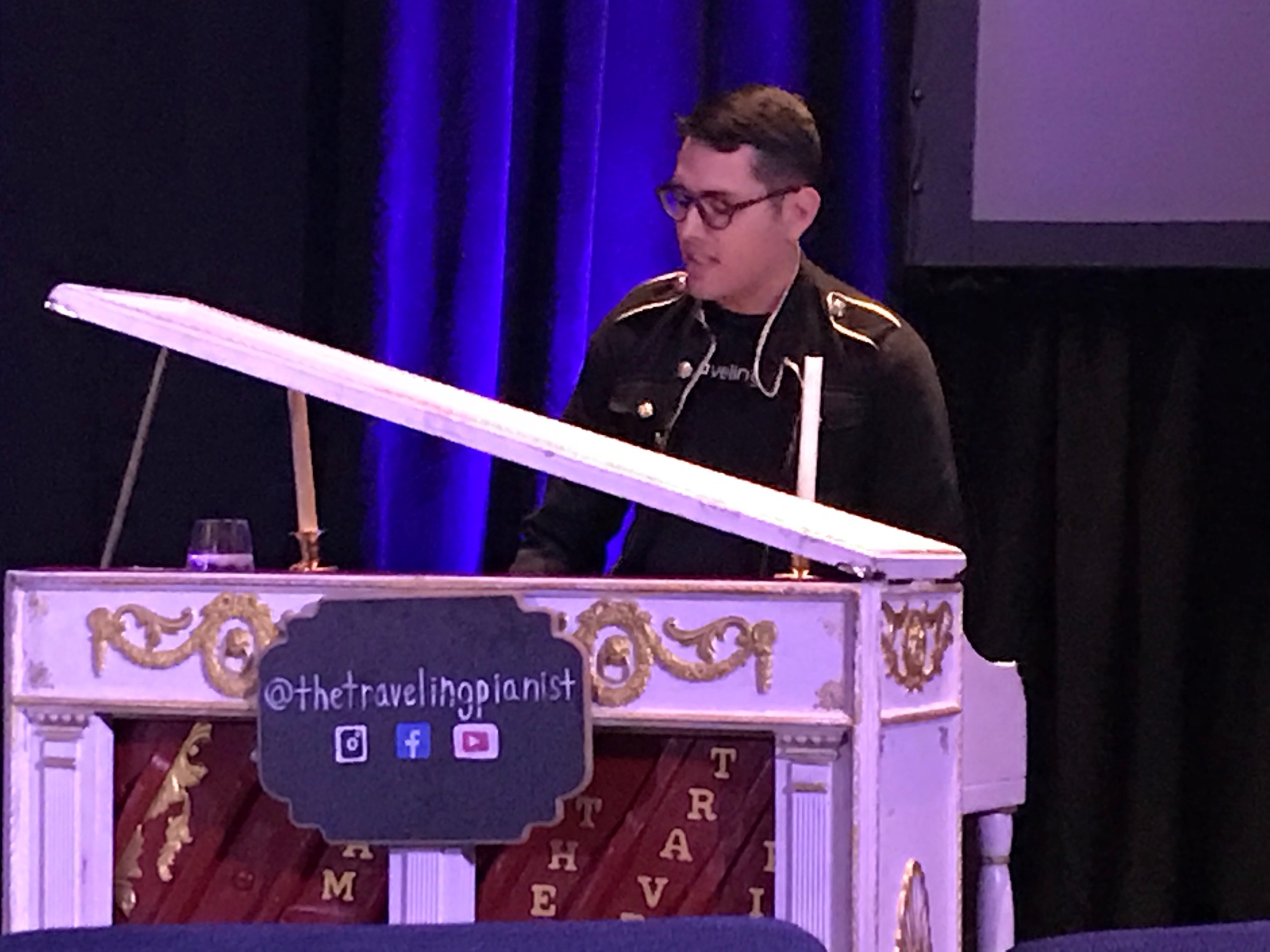 I’m attending the ETS18 conference at the W Hotel in Austin, sitting in the same room that KGSR hosts their SXSW morning shows, waiting for the morning session to begin. I was just thinking that it was kind of a bummer we didn’t catch any of those shows this past year but they’ve gotten really popular and it’s just too damn early!

This conference is starting late but I’m watching the Traveling Pianist play and while I really prefer things to start on time, this is a close second. He’s covering Adele, Rolling In the Deep but playing it with a supper upbeat happy kick. Ha. It makes me smile.

Here’s to finding live music in the most unexpected places! Especially Thursday at a boring energy conference before 9am. I suppose that’s Austin for you. Gotta go, he’s playing Who Could Ask For Anything More! Me! That’s who.