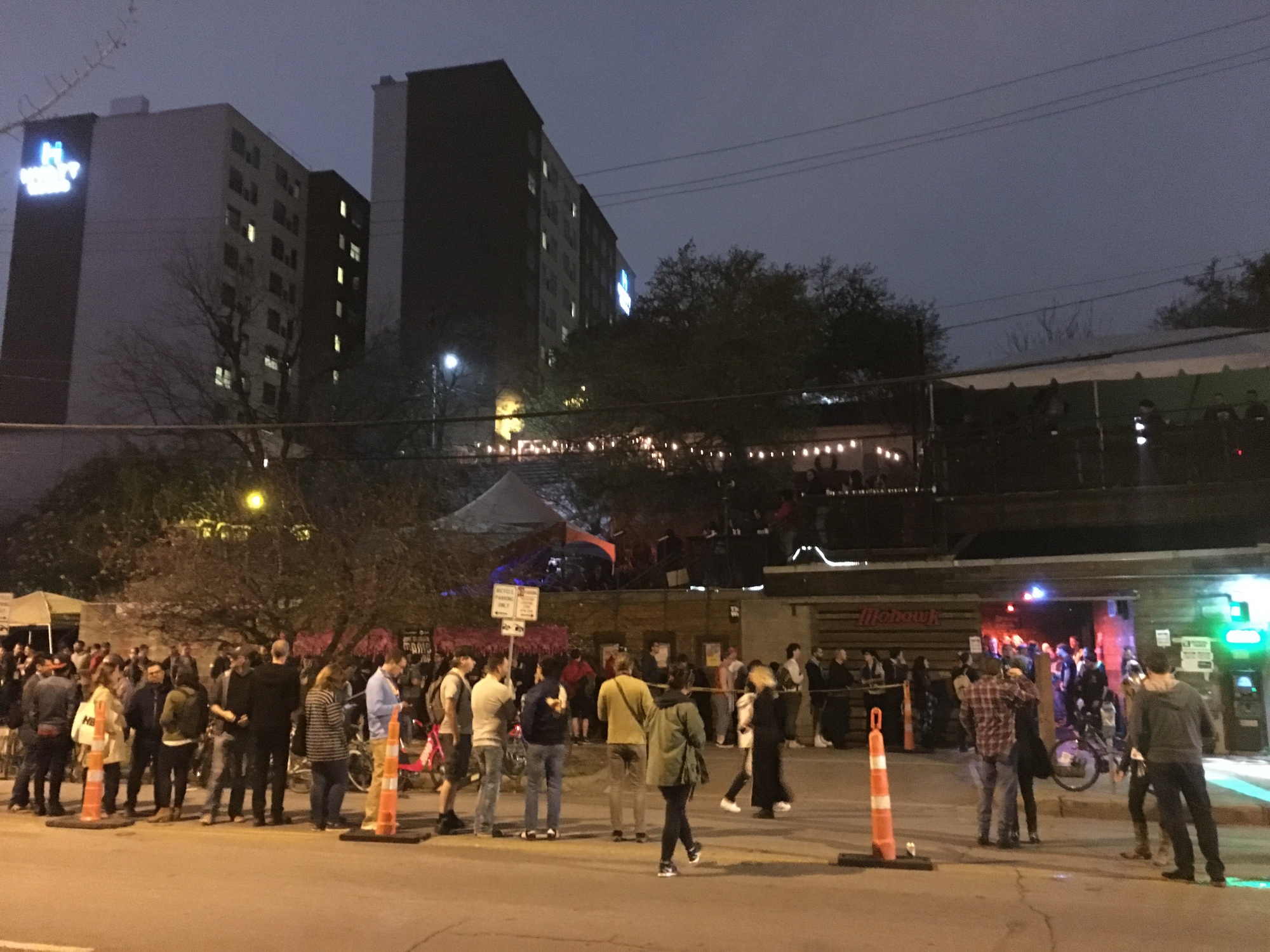 I arrived. What more can I say? My flight landed 9 minutes early. I had my bags in hand and was walking out the door of the airport in 20 minutes at most. I caught my Lyft to the Mohawk (shared, but not shared). As we were driving on 10th toward River, I saw Andee step out and I told Oswaldo to drop me there. I could hear Sweet Spirit playing as I got my bags into Andee’s car and fished out my show necessities (ear protection, DidWeJam business cards and my raincoat), then we jumped back into line to try to get into the show that Rob was already in.

We could hear the show from where we were waiting in line and it was the best of both worlds; we got to catch up and chat without being rude (by talking through/during the performance) and we also got to dance and sing and feel “The Power” as if we were in the show. It felt so much so that I think we’re gonna count it in the official count for 2019. After Sweet Spirit ended and based on feedback from the staff, we decided that we were never getting in and so we left, though I would have loved to see The Beths. We picked up some poke on the way home and after poke and Almanac’s Plum Fairy, we hopped in the hot tub and tried (unsuccessfully) to make an actual plan for tomorrow (beyond work, which sadly is in the plans for at least two of us in the am).