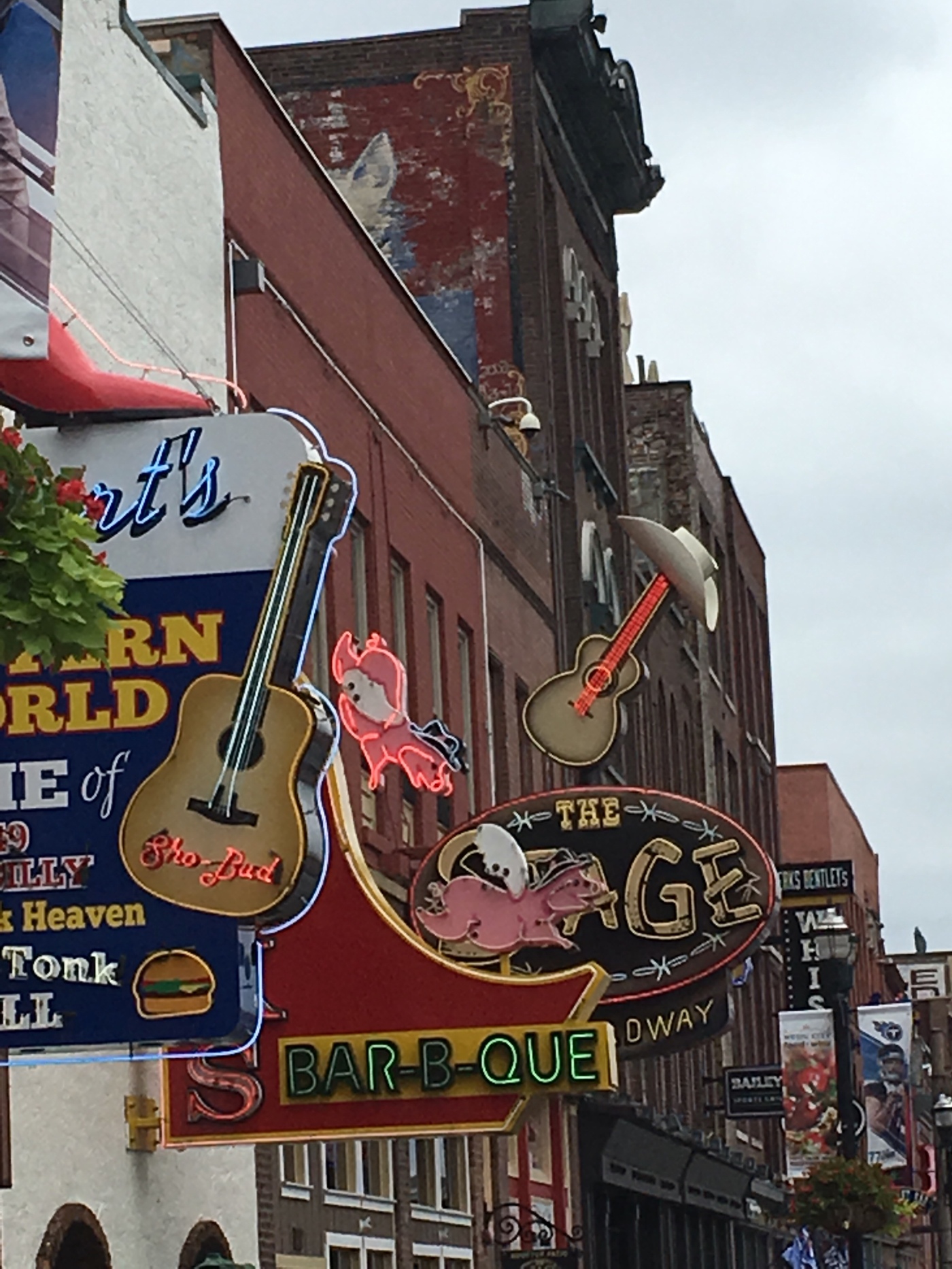 I’m overwhelmed with Nashville! There’s so much music! Everyone is so nice! The weather has been really mild (though I think it’s gonna get HOT before this is over).

Yesterday after doing a walking tour of the city with an amazing tour guide, Bill DeMain, we had a delicious lunch at Etch and then strolled over to City Winery to pick up our wristbands. The walking tour was awesome; we saw some iconic spots like the Ryman (of course), Woolworth on 5th and Tootsie’s to name a few and got to hear some great history of Nashville and of various performers.

We had a very productive conversation with our Lyft driver, Justin, who helped us resolve our plans for the evening (way too many choices!). We had been torn between three venues with the idea of jumping to see Fantastic Negrito at a completely different venue as our final show. Justin helped ‘guide’ us to the idea that we wanted to have a local experience and even though the line-up at City Winery was amaze-balls (John Prine, I’m With Her, Jerry Douglas and Mandolin Orange), we decided to opt for The Local.

Before leaving for The Local, we attempted to buy groceries in our food desert neighborhood (unsuccessfully) and then prepared for our first evening of Americanafest. What time to arrive to a venue that has a capacity of 200?

We realized that there was already music happening at The Local for the WMOT party and so we headed there and walked in the door just in time for Nicki Bluhm to start her set. As usual, she was great; perhaps my favorite of the evening for many reasons.

Next up was Mike Farris who I had never seen before. He was awesome and had one of the McCrary Sisters on stage. Really enjoyed his set, though it was very short due to sound check issues.

He was the final performer of the WMOT party and then the official Americanafest evening began with a line-up of The Brother Brothers (really nice guys), Dead Horses (I was a total fan-geek with Sarah while washing our hands post bathroom break, pre-performance), Jacob Thomas Jr (who had some great lyrics but needed to wash and/or cut his hair) and we ended the night with Caleb Caudle. 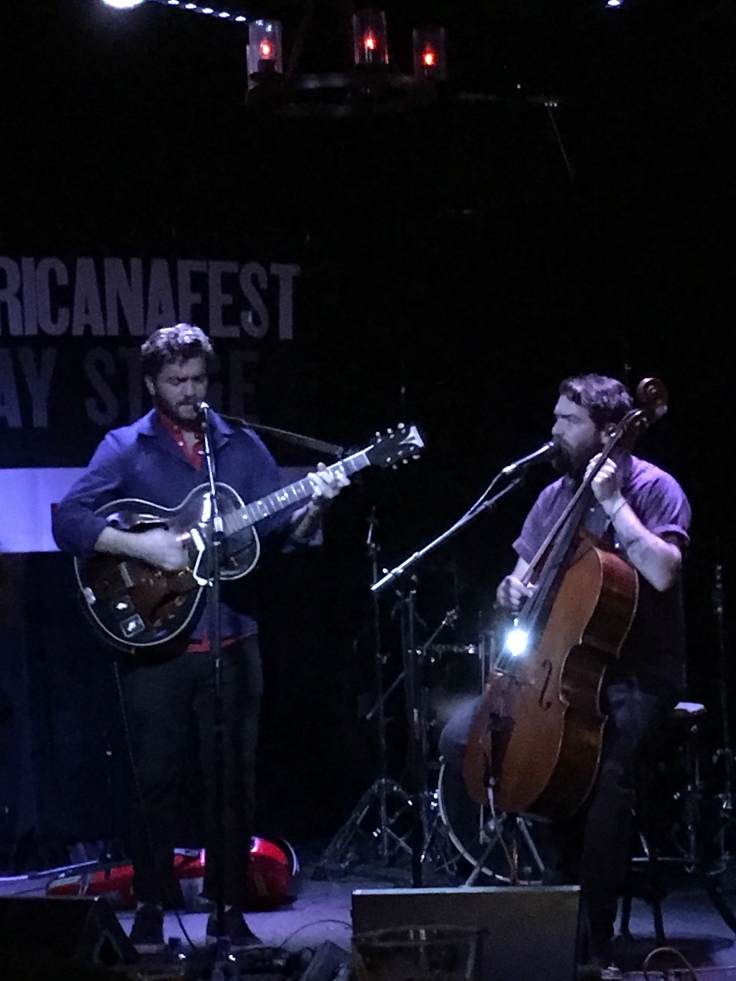 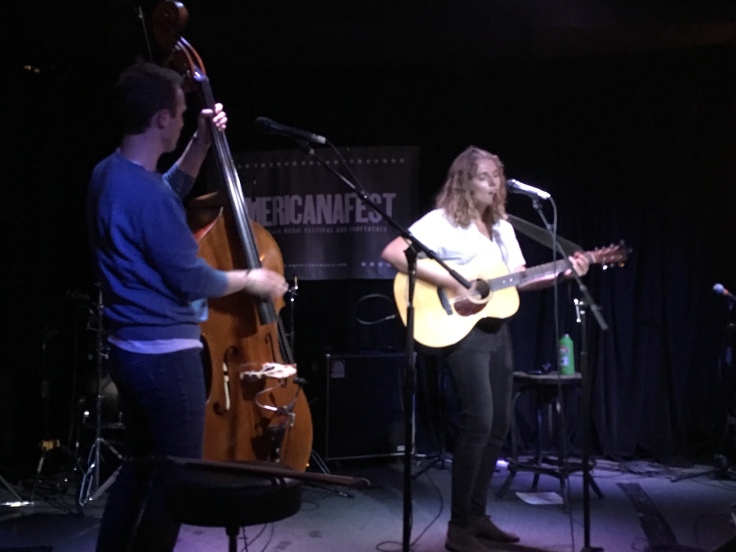 As I said, there were a lot of sound issues at The Local and so all of the performances were running late.  Sadly, we realized that we had to pick between Caleb Caudle and Fantastic Negrito and we decided to stay put rather than taking the chance of getting shut out the Cannery.  It was a good choice! During Caleb Caudle’s performance, I looked up to see Tanya and Michael from The War and Treaty. When Andrea turned to see if it really was them, Michael smiled and waved and Tanya blew her a kiss. OMG! I love Nashville!!!

I was sad to have JUST missed Paul Thorn (who I think many of you know that I love love love), but overall it was an excellent first day and we are getting ready to head out for Day #2.  I think we’re headed back to The Local.  The War and Treaty are performing today and that will be amazing; no doubt!!!