UPDATE:  I did make it back and I did go to the show (Thanks Rod!) and it was totally worth it. Petaluma is a music community and they come out to support their own. It was a good time.  T-Luc & The Tight Suits had both a washboard and a squeezebox.

They really warmed up the crowd and then Sage and Kevin continued the fun, playing all the old favorites.

But the true highlight was when Frankie Boots brought Sally Haggard onstage and they sang ‘Pack of Lies’ as the duet that it was meant to be. The fact that he played ‘Trigger’ right beforehand with Kalei Yamanoha featured on trombone did not hurt my happiness AT ALL! What a great night!!!!  For a laugh, you might want to check out the official video for ‘Pack of Lies’; it’s awesome! 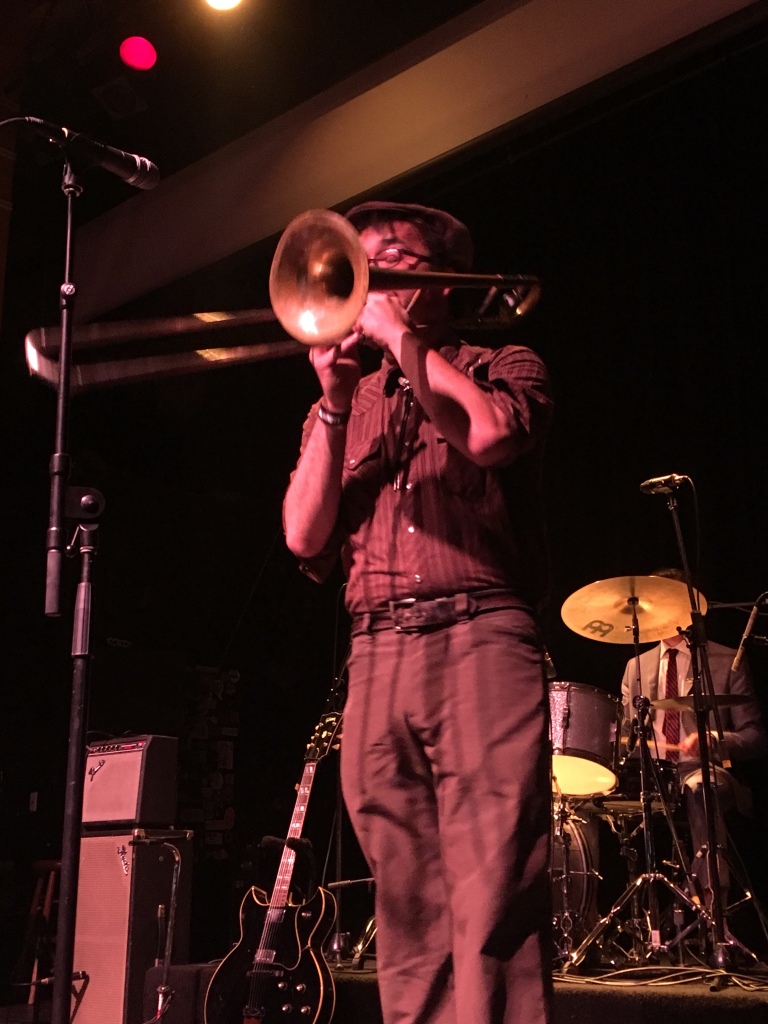 Frankie Boots is back from NoLA to play a show at the Mystic Theatre in Petaluma tonight. Opening for him will be The Easy Leaves (duo).  The Easy Leaves are easily one of my favorite local bands.  They have great songs with great lyrics. Further, Kevin and Sage are two of the nicest guys and their shows are always a good time.  They host the annual Western Winter Formal at GAMH in January and even have a party bus from Sonoma to the city for the event. If you haven’t attended one of these formals in the past, I highly recommend you put it on your calendar for 2019.  It’s usually the first Sat in January and the bands and the attendees are generally awesome.  That’s where we met Carol and Kris.

Teri and I once won tickets to a show of theirs at the Independent where they actually tried to teach people to dance. Unfortunately I was not able to ‘learn’, but it was still a good time.

Teri and I previously saw Frankie Boots and the County Line at the Mystic a few years ago after missing them at a show at Hotel Utah. I can’t remember why we didn’t go to the Utah show because we were both listening to the first CD practically non-stop. The show at the Mystic was a NYE show when they opened for my very favorite local band, (say it with me…) The Brothers Comatose. They also played at Kate Wolf in 2016 and we all thoroughly enjoyed their shows.  I don’t know if I’ll make it tonight since I’m winging my way back from PHL, but I’d really like to be there.  I don’t know when we’ll have the opportunity to see him again. Maybe you should go so that you can report in to me on how wonderful the show was.