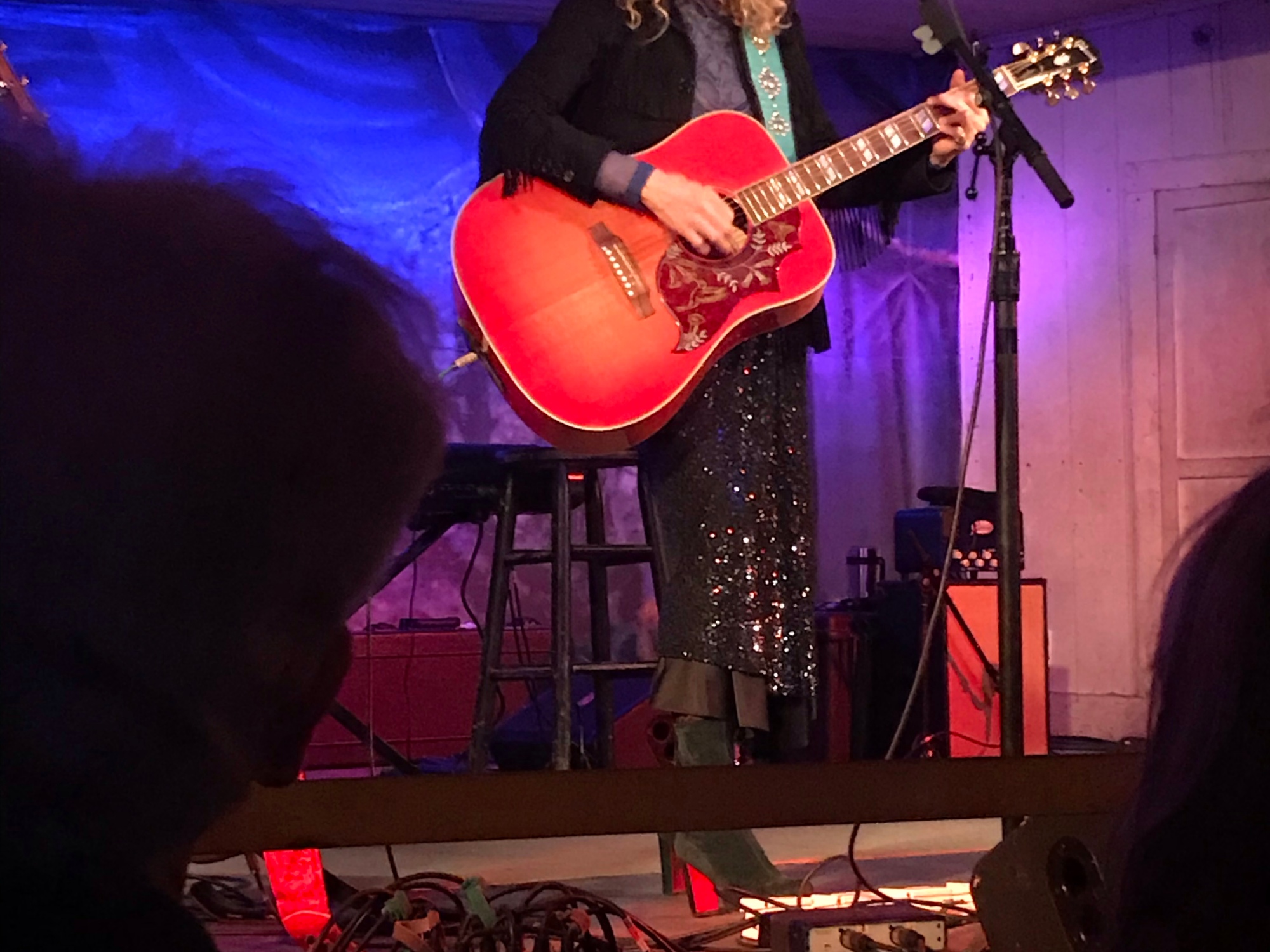 I admit, Jenn keeps much better records about the shows she has seen, but I am pretty sure my mom asked me to take her to see Patty Griffin at Gruene Hall back in 2007, which is where I was first bathed in the musical emotion that is Patty Griffin. After that I was a diehard fan. Her 2014 Gruene Hall performance is one of the best shows I’ve ever seen. Jenn was with us and we still talk about it. Last nights show was another one for the record books. I still can’t help but smile, thinking about it the next morning!

Let me start by saying how incredible the venue Gruene Hall is. An old traditional dance hall, one of the oldest in Texas, has been host to many legends and the photos in the bar area prove it. The old wood floors and unconditioned barn-like ambience add to the nostalgia. They don’t often offer seating but the last two Patty Griffin performances have been seated, which was good for my mom, who I brought along as a Christmas present. I prefer to stand but often battle tall dudes in front of me so I am happy to sit for an unobstructed view. We got there early and ended up snagging two seats on the second row!

First, Carrie Rodriquez opened. I’ve seen her before and liked her but she was on fire last night. What an incredible performance. Her self proclaimed genre is Ameri-Chicana and she totally nails it. Even though my Spanish is terrible and I didn’t understand a good part of it, the meaning and passion of the song never went misunderstood.

Next Patty took the stage, dressed in a blue lace shirt, black jacket, sparkly long skirt and killer black heels, she looked fantastic. I always think she looks frail, especially after her battle with breast cancer a few years ago, but she has always just been tiny and when she sings, she is anything but frail. She’s a river and she climbs mountains!

When she went through her cancer battle it messed with her voice. I remember seeing her during that time and wondered if it was gone. I heard that she worked to rediscover it. Last night definitively showed that her voice is back. Sure, it has evolved. No one will stay the same forever but she can still bring tears to my eyes with her subtle, raw lyrics that punch a hole in my heart.

She closed with No Bad News, and said she’s been closing with this one lately. Probably originally for George W., the song rings even more true today. Thank you Patty for fighting to get your voice back and continuing to share your gift with us! It was such a beautiful evening. I’m pretty jealous of all the folks I met who are headed back to see her second sold out show tonight. Have fun friends!