It’s storming on a Friday night in Austin but I’m out solo tonight to see Brett Dennen, the tall redhead who rocked my socks off at ACL years ago. That show was also in the rain so maybe it just fits that it’s pouring tonight.

Raina Rose opened. She’s an Austin staple. A female folk singer who’s paid her dues. She’s the real deal and if you’re into singer-songwriter female warbles, this might be tour jam. She sounded great tonight and told a story about her porch at her old place on e 9th was built from tombstones.

Brett took the stage and sang all the hits with stories and reflections peppered between. I sat near some of his high school buddies and these bros had so much love for their guy. It was sweet. 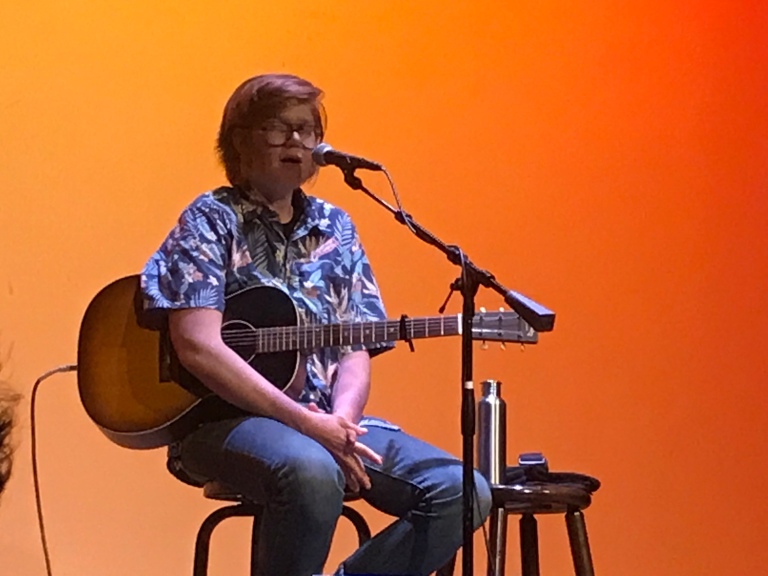 It would have been cooler if they hadn’t been dipping and spitting into water bottles. The guy sitting next to me actually offered me a pouch. He really honestly did and I don’t think he was aware of what was going through my head. I just calmly said no thanks and that’s kinda gross.