So my partner decided he was going to Sweet Party in Utopia to support Utopiafest.

Here I am on my way to Utopia Texas. 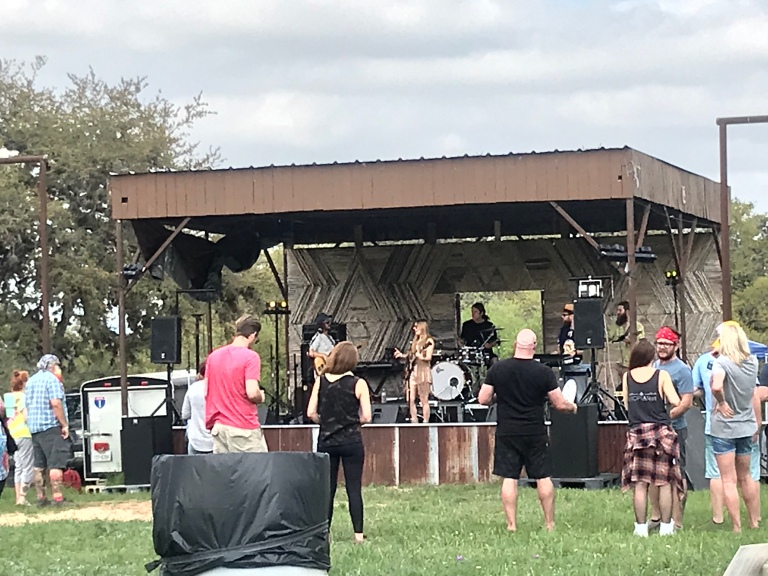 What a lovely band to open! I like that fringe vest!

She opened with some nice versions of Patsy, then Dolly.

We took a walk up to the camp GoodTimes where fully acoustic shows start at midnight. They have a solar powered neon light that says shhhhhhh!

DJ Mr Rodgers played the Bahamas blended and their doowhop was all I needed to hear.

He played that Lucas Nelson song, Just Outside of Austin. It was perfect. Wildflowers blooming, perfect weather, nice humans. I ran into some of my brothers friends and made some new ones!

It’s so beautiful here. Approaching 76 and sunny with a few clouds. There is a rainbow kite flying high along a strong breeze. It’s a damn Utopia.

We missed a band.

Then this guy, Sid Fly.

I’m sure Sid is cool but he seems a little dickish. He was mad about bad sound, mouthed off to the sound guy, and then figured out that he needed to adjust his own equipment. His sound was notably better. The sound guy was ready for his set to end.

It’s hard to maintain Utopia. The suns come out and it’s a little warm. Bella bit a human. I mean, she’s a puppy, but also, no dogs, right. She’s fucking cute tho. As our bartender friend says, “Dogs are fucking cool.”

Sid showed us his year 2 t-shirt. Street cred. Their sound is good. It’s sounding a little Jimmy Buffet to me but I’m not totally sure if that’s the sound or the BYOB situation.

There are very few rules here but in Utopia people do what they should… it’s Utopia. 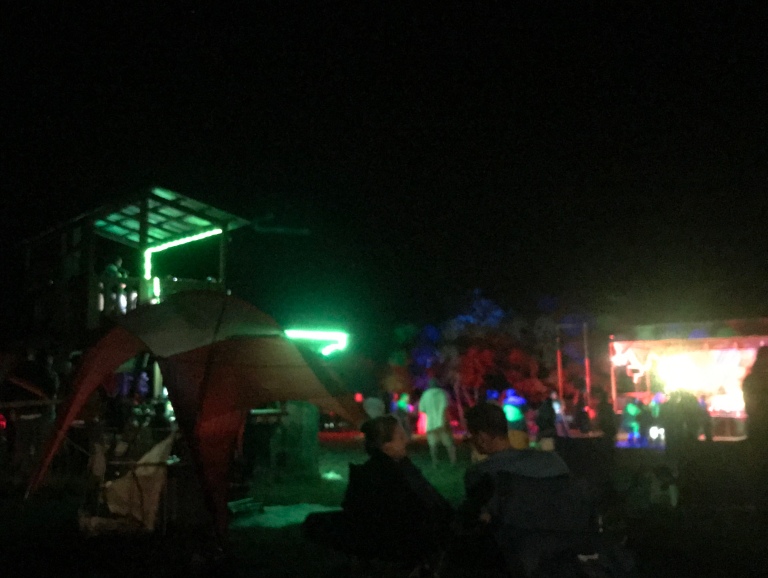 Trouble in the Streets

This band was awesome. Great sound and a super fun performance! 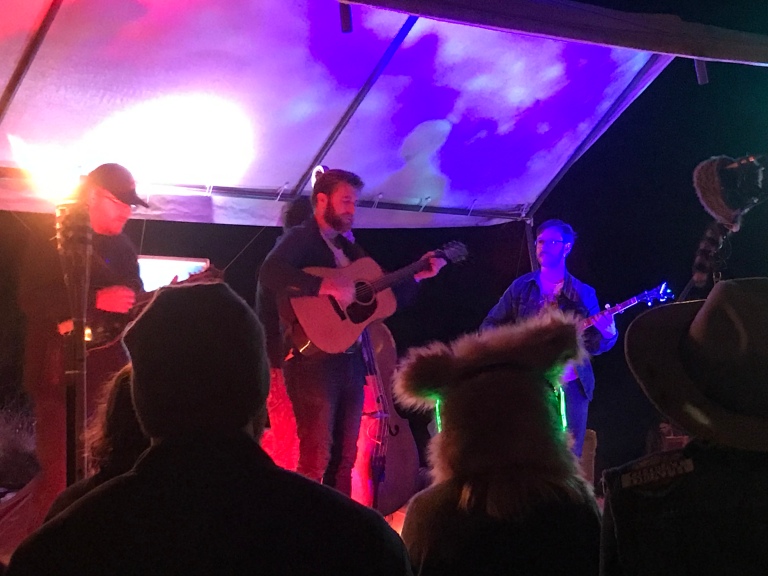 Wood & Wire up at the Good Times stage 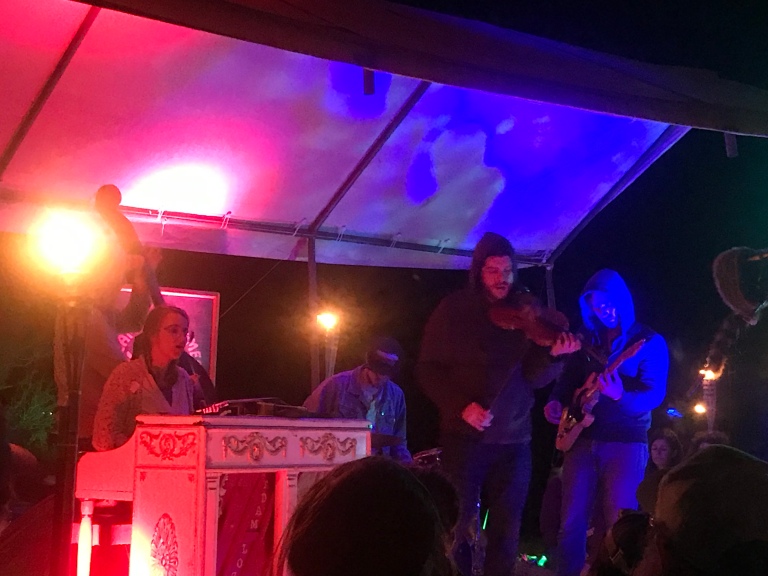 So beautiful and special in this all acoustic silent setting. I wish I wasn’t so sleepy.