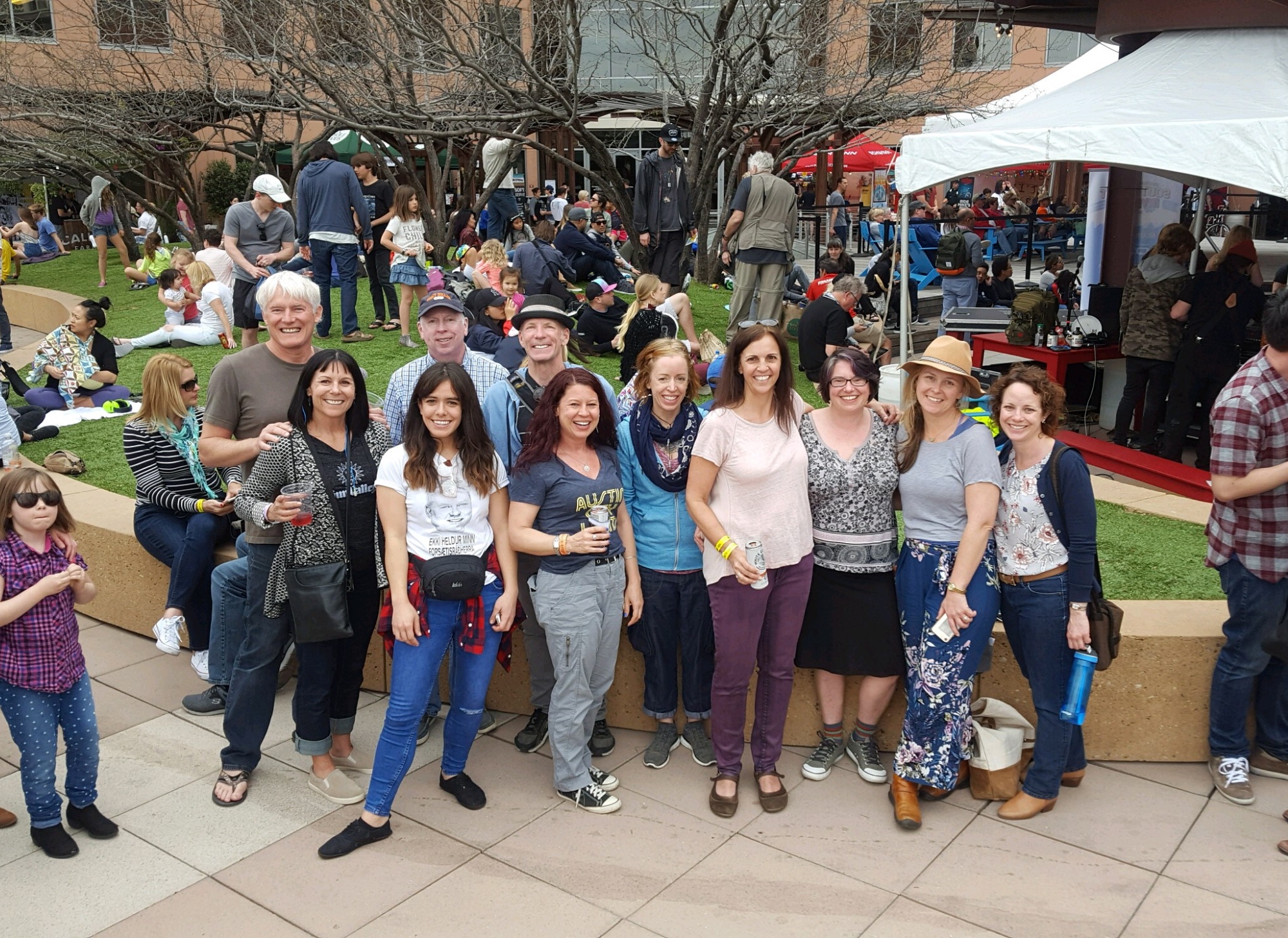 Winning with great sound, amazing performance, and also for being nice guys who talked to us before (and after) the show. These guys have professional rockism! They put it all out there on the stage for us before 3pm on a Wednesday at a bar on the corner of 5th and Congress. During their final song, shirts were taken off, glam rock knee bends were happening and we were smiling ear to ear. Our only complaint is that there are no women in the band… but that is a sad fact for most bands, although we do see it changing a little. Way to go guys! You rocked us hard!