In part I’m writing this blog post because I want to talk about Reverend Hylton. Reverend Justin Hylton hails from Atlanta, Georgia though he now lives in his van while traveling the country.  He tours 3 weeks and then spends a week visiting and reacquainting with friends. Last night, he sang a song ‘Reba’ and after the show when I was buying his CD, he told me that he had just spent a week visiting Reba after not seeing her in a number of years. It sounded so ideal and appealed to the the romantic in me (that part that I try to keep tamped down at all costs…).

He had driven to SF from San Diego and had spent some time in Joshua Tree and Mojave. The desert parks are some of my favorites and these particular parks get high marks, especially at this time of the year. It made me more than a little envious when he talked about his current lifestyle.

But that’s not entirely why I wanted to write about him. It was about his singing voice. His voice drew me in. It was warm and deep and comforting. I really liked everything about him. I bought his CD and started to listen to it this morning and was taken back to the Utah and listening to him last night and what an enjoyable surprise he was, both as a performer and as a person. He overheard Rod and me talking about the Low Cut Connie show coming up this week at the Chapel and joined in to remark on how much he liked them and asked where and when they were playing. (I gave him my card, so perhaps he will see this post.) It would seem that maybe this is one of his vacation weeks, so I am hoping to see him at The Chapel along with the rest of you. You won’t want to miss Low Cut Connie. Adam and his crew put on a great, high energy show!

After Justin finished playing (and I didn’t want him to finish), Odessa took the stage.  About 4 – 6 songs into her performance, Rod leaned forward and said ‘You are hating every minute of this, aren’t you?’.  And I was! And I was shocked that he knew because I was still trying to figure out why I didn’t like her!  I wanted to like her; I really wanted to like her! When I questioned how he knew (because I am certain that I have a great poker face and also because Rod was behind me so how could he see my face, and also because her entire family was sitting right in front of me and so I was semi- on my best behavior which really is the best that it gets so I was on my best behavior), Rod pointed out that she is very similar to Aoife O’Donovan. Bam!  Another woman performer who I want to like, but don’t.  And he’s right, there is a real similarity between Aoife and Odessa and it didn’t work for me.  I totally recognize that it works for other people and I will still recommend both of these women, but they are not my jam when they perform individually!

But then Gill Landry took the stage and Odessa joined him with her fiddle and her vocals and I LOVED her. And I love Aoife when she plays with the Sara(h)’s which is why I have had my tickets for I’m With Her on Tuesday, April 4th for months now. As expected, I also loved Gill Landry the way that I always do. His songs, his lyrics, his stories and the way I sometimes can’t tell if he’s playing to entertain us or to entertain himself or a little of both — all of these things are how I feel every time that I see him. I may have originally started to see him because of his part in Old Crow Medicine Show, but I continue to see him because he is an amazing performer who writes and sings songs that expose all of his vulnerabilities is the most beautiful way. He’s a pretty darned good guitar player too. 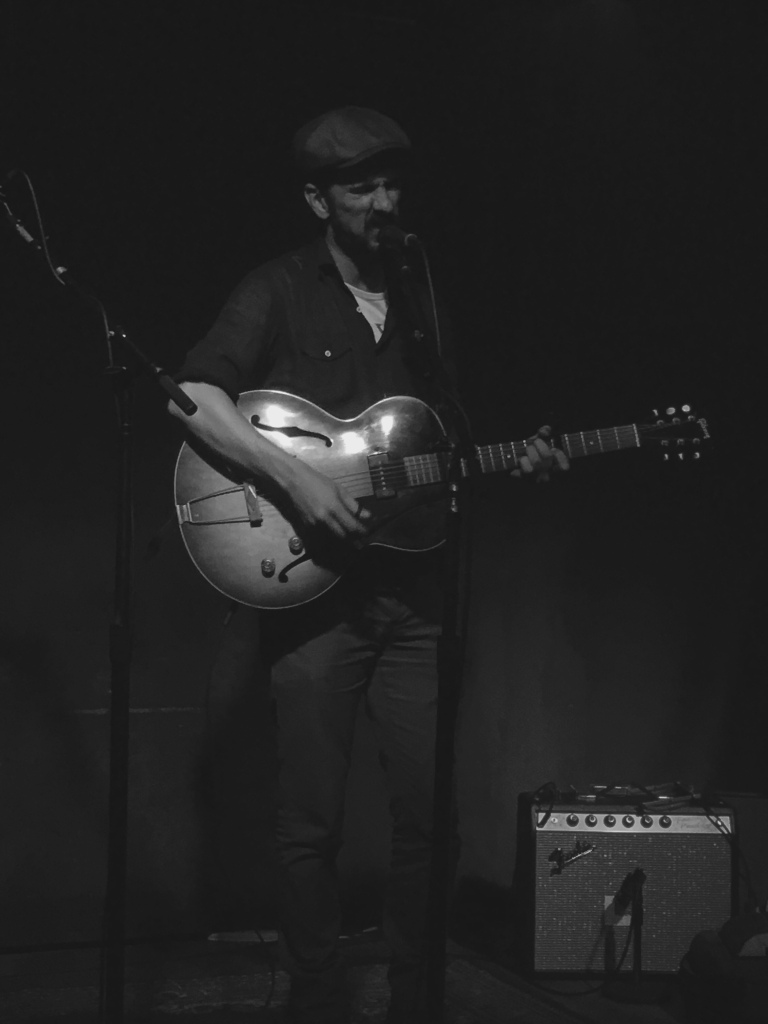