tldr: Wild Child rocked. The line was long to get in, the opener, Modern Medicine was okay. 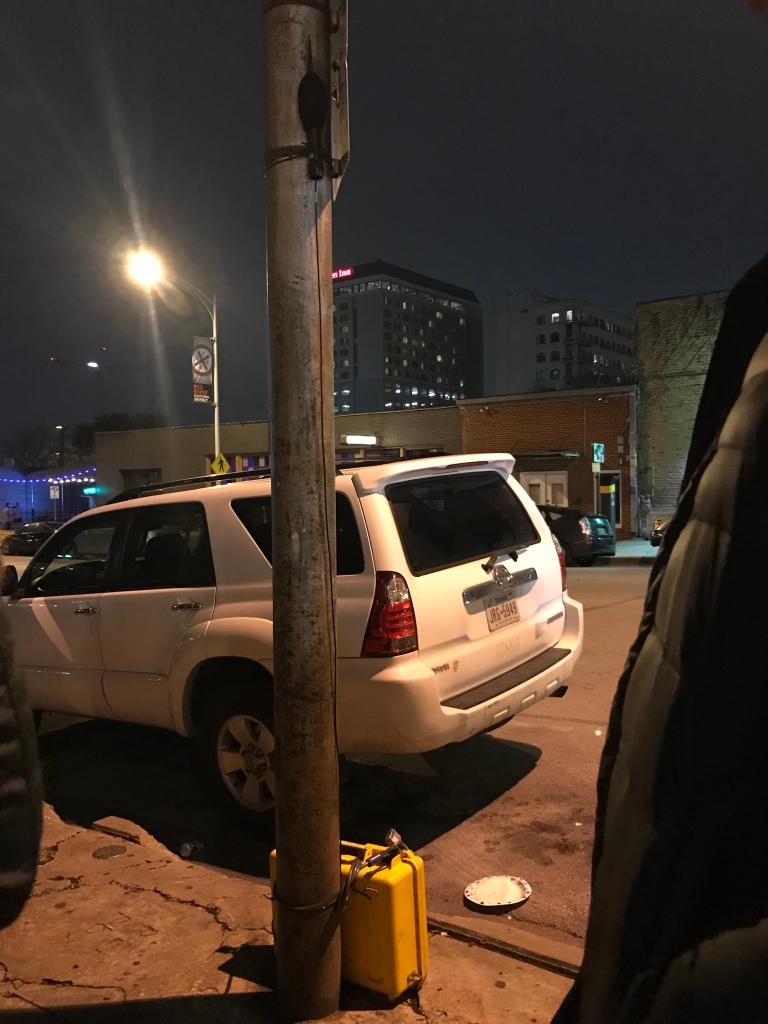 This recording device outside the Empire Control Room. Hmmm, interesting.

The line was long, way around the corner at 8:15pm. Currently waiting… maybeeeeee we get in???

This line to get something free is prepping me for SXSW. I heard someone say “I’m too old to wait in line.” When they left the line moved 30 people forward. We will probably get in, she definitely won’t. This is why you stick to the line, until you don’t. There’s another day for that story.

Also the band just walked by to check out their line. Ha! Another good reason to stay in the line. 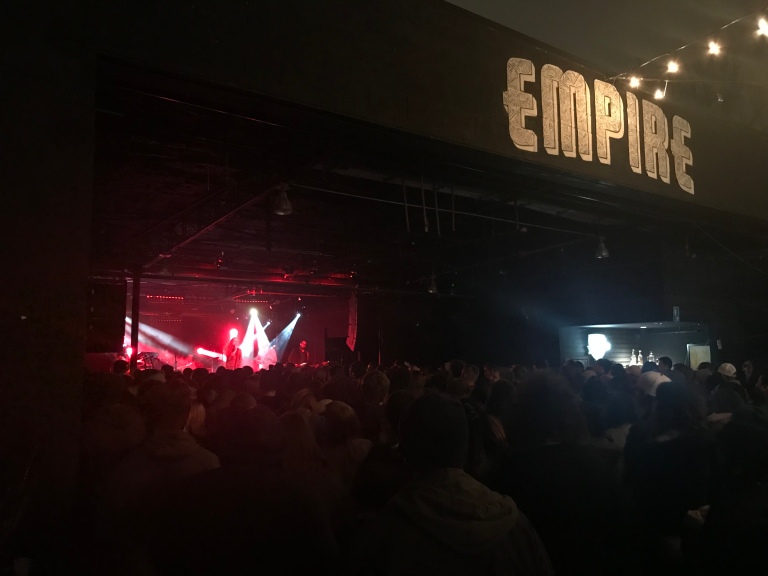 Modern Medicine started their set around 8:30pm. We missed Robbie who was the 1st opener. Rob says Modern Medicine sounds like a millennial U2. Yeah, I can see that, kinda. Their lead singer has strong vocals but the band needs time to ferment. 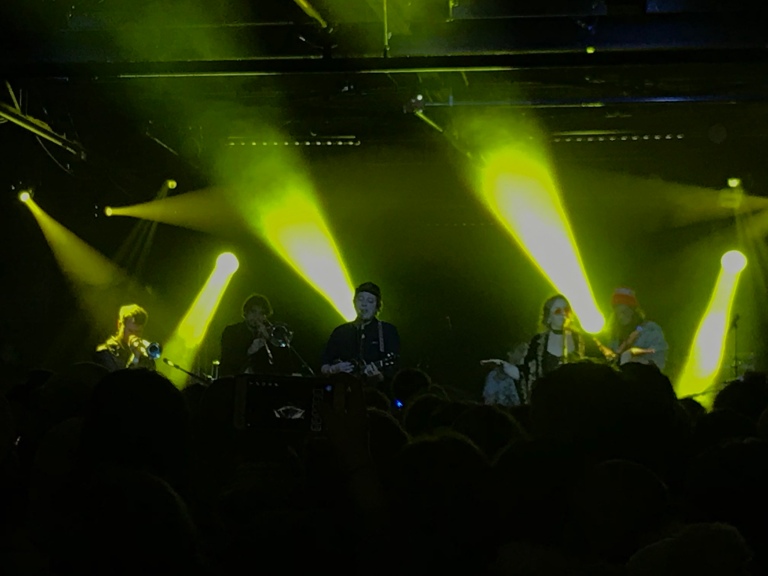 Wild Child tore it up! About to embark on a tour, they soaked up the Austin love. The crowd sang along and the band showed that they were in their element. Beautiful show.

Toward the end of the show we ran into our favorite Austin music photographer, Roger Ho of Do512 hanging out in front of the sound booth. His photos are much better than the ones I took!

In anticipation of our new album we have decided to do something special for our home state. Our new album “Expectations’ is coming out this February and we want to celebrate by doing a series of FREE shows for our beloved Tejas. We owe all we have to everyone that has supported us since or humble beginning gigging around the state in our little red van back in 2011. We feel so incredibly proud to be Texans and are incredibly excited to share our new music with you. We can’t think of a better way of launching this record than by starting with a huge party with ya’ll. Thank you.Love,